Blog > What are Guilds In Web3?

What are Guilds In Web3?

Bringing a group of people together based on their shared interests, goals, and skillset sounds reasonable enough; ostensibly, it would be tenable for them to work well together. While this is indeed true, this is often not the most pressing issue when it comes to organizational management. Like with most collective endeavors; financial and operational logistics are paramount. Now, the conventional financial system or ‘TradFi’ is not one that would be too amenable to decentralized endeavors. Furthermore, there would be no operative scaffolding either; how would governance, compensation, and deliberation function?

Cryptocurrency has provided the rails through which ventures can be financed in a permissionless way, parallel to the conventional banking system. Now, the burgeoning Web3 ecosystem is providing operational scaffolding as well. This new framework for coordination has given rise to new, digitally native ‘guilds’ within the DAO ecosystem.

Of course, guilds are not a modern concept. They have literally been around for millennia. One of the earliest recorded guilds formed back in 3,800 B.C.E in India, in which merchants, artisans, and traders formed unions to collectively determine the direction of trade, training, and vocational growth of the youth. Nevertheless, a lack of informational transparency and collective cooperation problems prevented guilds from gaining greater prominence.

Given that these are the exact problems solved by blockchains, the future of this otherwise archaic concept seems promising once again.

What is a Web3 Guild?

Guilds in Web3 are different from their medieval predecessors; they represent a group of skill-specific individuals sharing resources to conquer a shared objective. With easy access to decentralized operative structures, guilds can now be democratized. Guilds offer powerful learning resources and exposure to real-time projects to empower people with new skills.

Guilds are the Web3 equivalent of creative agencies, consultancies, or development firms. With a multi-sig wallet for a bank account and access to a decentralized structure for decision-making, they are aptly equipped to revert exclusivity. A guild leverages the tooling and governance structures of a DAO to decentralize its operations. DAOs are a powerful way to facilitate on-chain governance for an agency in Web3 as they offer the wireframe for a trustless organization.

Guild.xyz is a great platform to explore active guilds in Web3. It’s the equivalent of DeepDAO for guilds.

Guilds associate with multiple DAOs simultaneously, either through long-term affiliations or short-term projects. Before the advent of DAOs, guilds were severely limited in their operational functioning. With DAOs and modern tools like Snapshot, members can send proposals and enjoy greater flexibility to connect and collaborate with multiple DAOs efficiently. With access to proper tooling and on-chain governance, guilds can now support the proliferation of the Web3 ecosystem by upskilling people. Web3 guilds provide logistical and operational advantages that lend themselves to a greater degree of organizational efficiency.

Consider this for instance: as a DAO admin wanting to promote an upcoming project or a public roadmap for crowdfunding purposes, you have two options; First, you can hire new contributors and form a specialized group or a subDAO for your marketing endeavors. Second, you can simply outsource the service to a guild for a fraction of the price and effort you need to set up a specialized group.

Outsourcing the work has two clear benefits: First is the *cost. Second, you spare yourselves the hassle of hiring, training, and familiarizing new contributors with the DAO. Furthermore, it’s not practical for a small DAO to have specialized groups or subDAOs for every small task. Someone must code their smart contracts and build the app around the skeleton, but building an in-house team for that is like going on a vacation and buying a mansion to stay, rather than renting a room.

Outsourcing a one-time project is faster, more efficient, and economical for DAOs, and guilds are deftly equipped to get the job done for a fairly reasonable price. Guilds function like centralized agencies but are decentralized in spirit. An agency and a guild are identical in function, they serve clients and earn a monetary incentive by onboarding them, the only difference being the collective ownership structure of a guild’s treasury.

Raid Guild is one of the preeminent guilds within the space. Raid Guild aims to create value for the Ethereum ecosystem by building, using, and propagating Web3 projects on the network. It is a community of developers, UX designers, and marketers contributing to a decentralized future by offering services like full-stack development, marketing, consulting, and UX revamp. 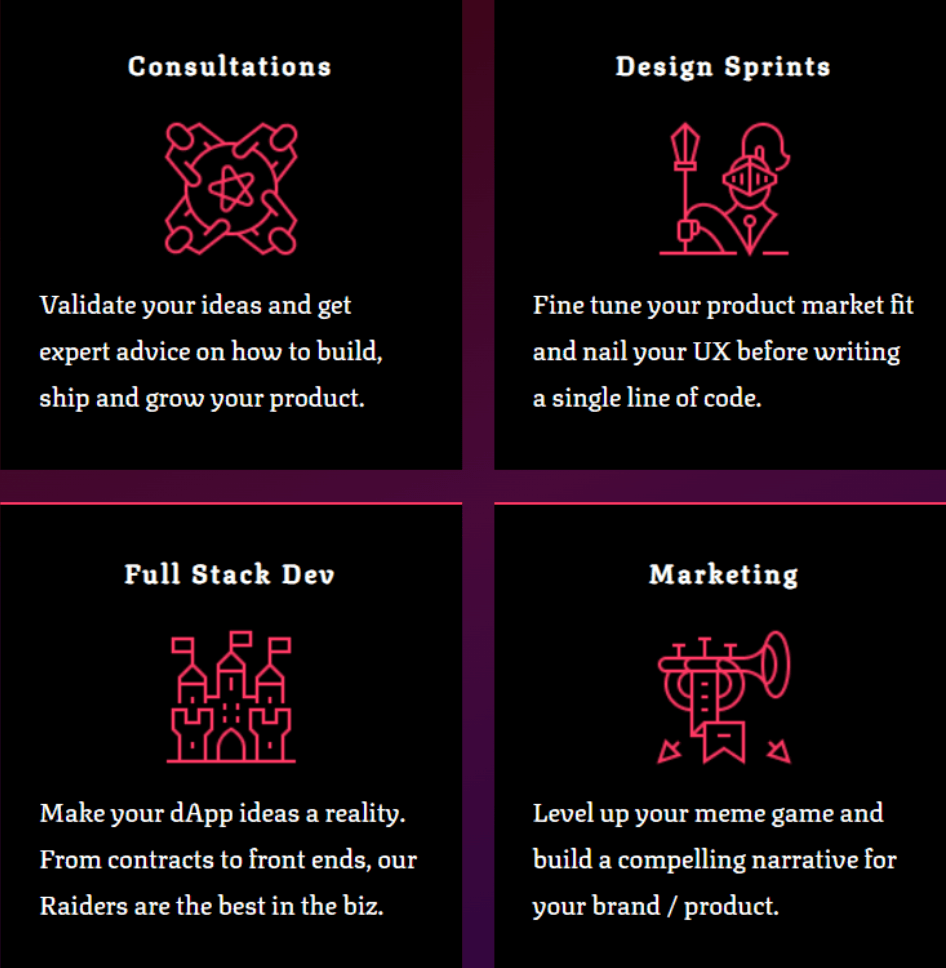 Let’s revisit DAOs for a moment. DAOs are simply a group of like-minded people with a shared bank account working towards a shared objective. DAOs represent a spectrum of ideas; they have diverse objectives. Some have specialized goals like offering equitable finance to people while others have broader objectives like fighting climate change.

A DAO aiming to democratize finance for people will have contributors with a propensity toward finance and tech, while a DAO like KlimaDAO will have climate change activists, environmentalists, and others with the same vision as contributors.

DAOs have variable lifetimes based on their objectives. A group of developers trying to make a trading bot can set up a DAO for crowdfunding. Now this DAO has a short-term objective and the community will most likely disband after successfully developing the trading bot, or if they run out of funds. While certain DAOs like Klima DAO may have more ambitious objectives that may take years or even decades to accomplish.

The terms DAOs and guilds are used interchangeably based on the assumption that both DAOs and guilds represent a group of like-minded people with a shared goal. However, that’s not exactly accurate because DAOs like Angel DAO have multiple guilds operating within their banner. 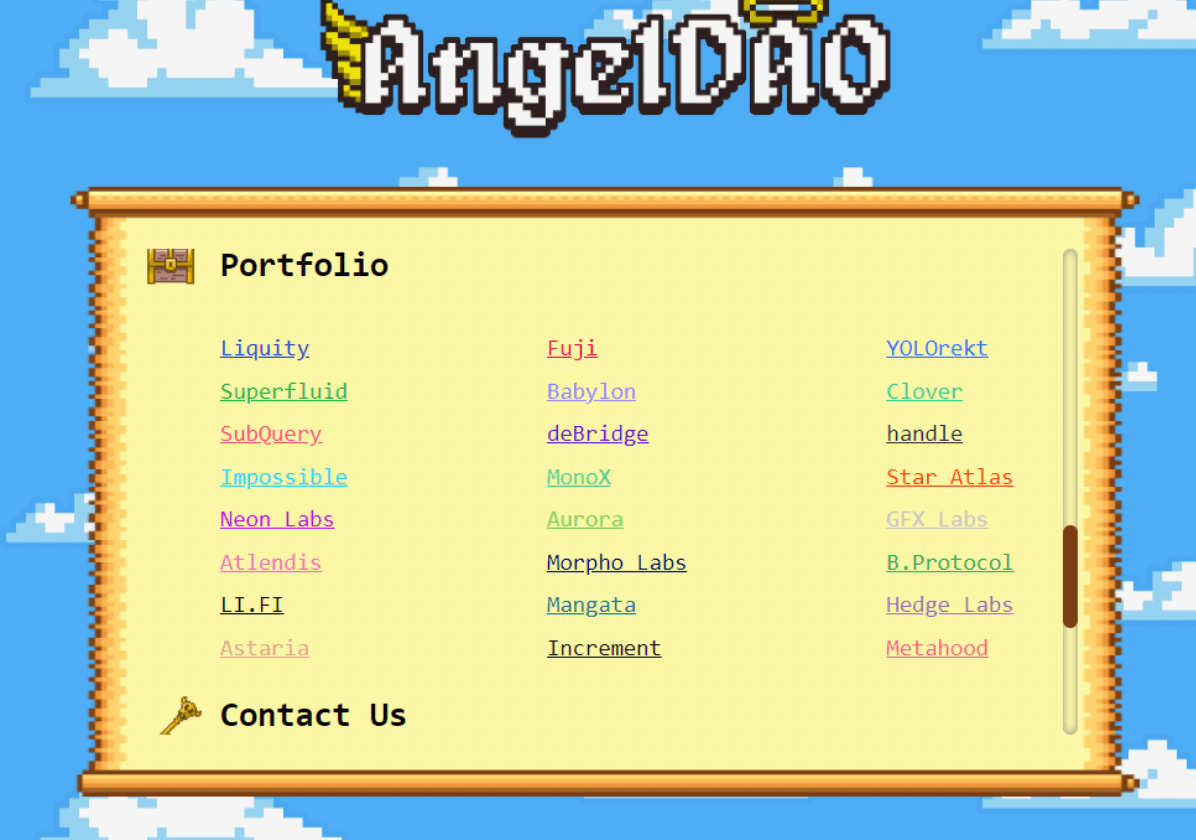 Furthermore, there are examples of meta guilds like GuildFi that have multiple DAOs to coordinate their operations:

DAOs and guilds are evolving concepts in Web3. While it is true that they possess some commonalities, they are not synonymous. Indeed, there are clear distinctions that can be made between the two.

As already mentioned, guilds are groups of skill-specific individuals contributing resources and knowledge toward a shared goal. The actions of a guild as a collective are tied to the skillset of its members.

That’s the first major difference between a guilds and DAOs; guilds are skill-specific organizations which help others accomplish their goals, while DAOs on the other hand tend to be the entities with the goals themselves. It would make sense for a DAO to hire a guild, but not a guild to hire a DAO.

Therefore, using DAOs and guilds interchangeably is not accurate. DAOs have more inclusive communities accommodating a variety of different individuals with varied skill sets, while guilds are esoteric and attract people with specific skills and interests. This is by virtue of the fact that they are arguably tantamount ot builders collectives. Both DAOs and guilds exist within the same boundaries but represent different things.

SubDAOs are much closer to guilds than DAOs. SubDAOs are DAOs within DAOs, an autonomous body inside a DAO that represents a group of people with specific interests or skill sets. A subDAO has an independent governance structure and multi-sig wallet. A subDAO represents the interests of its members at the DAO level. Unlike DAOs, subDAOs represent a more specialized group of people which makes them closer to guilds.

There’s an active debate across multiple DAO forums to reach a consensus-based definition for subDAOs and guilds.

Here’s a link to an interesting conversation from a DAO forum discussing whether subDAOs are the same as guilds.

It’s an interesting conversation that dives deep into the parameters used to define subDAOs and guilds in the community. Contributors try to establish whether the existing definitions of these terms offer a clear distinction between the two terms.

There’s no denying that both subDAOs and guilds represent identical groups of people with a similar operative structure and unless we establish clear boundaries between the two, a bigger set of people will use these terms interchangeably and for these terms to be definitive and distinct, we need hundreds if not thousands of forum discussions like this.

The only conceivable distinction between subDAOs and guilds is that guilds could be said to be ‘polyamorous’. SubDAOs frequently function as part of a primary DAO and are subject to the same vision. Guilds, on the other hand, are not necessarily required to have a similar purpose as the DAO. A guild working on a one-time project, for example, doesn’t necessarily share the vision with the DAO.

However, this will change as subDAOs achieve a higher level of autonomy. A subDAO with its native token is connected to the superDAO via monetary upside. Therefore, if a subDAO has the financial incentive to work with other DAOs, then the impetus for growth and value creation lies with a subDAO having polyamorous relationships. The Seedclub DAO is a great example of that.

The mClubDAO, a subDAO of Seedclub DAO, is a grant-giving DAO dedicated to supporting artists. 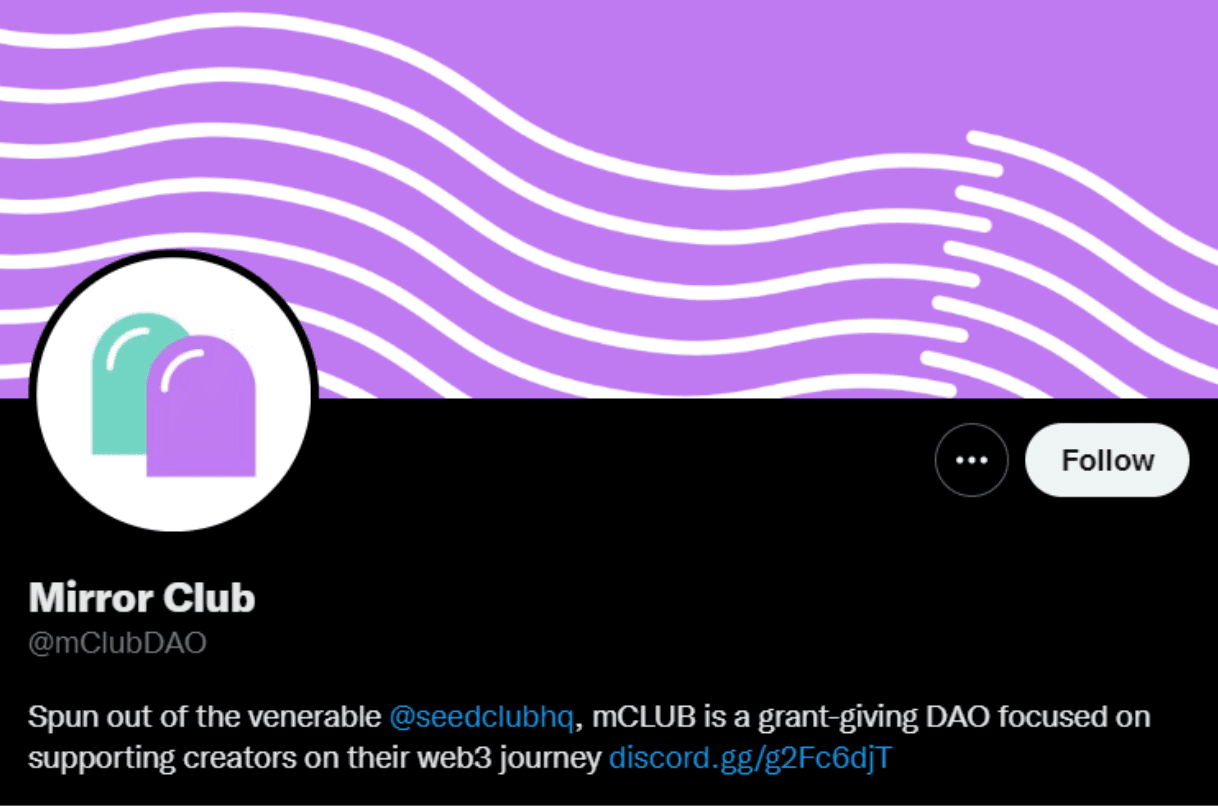 You can follow the link below to know more about the constituent guilds in Developers DAO.

Bankless DAO is another great example of a DAO with multiple guilds under its banner. It is organized into 13 guilds including the analytics guild, audiovisual guild, daolationship guild, design guild, developers guild, education guild, legal guild, marketing guild, operations guild, research guild, treasury guild, translators guild, and writers guild, with all of them sharing the overarching mission of promoting the adoption of bankless infrastructure around the world. Despite this shared vision, each guild has an independent goal and works with complete autonomy with regards to its independent operations.

Gaming guilds are highly prevalent within Web3. In addition to the adoption of guilds within gaming communities in general, certain characteristics of guilds make them highly amenable to gaming communities. Within the space, Play-2-Earn games have had a significant impact. There has been a sharp upswing in the number of people attempting to master these games and maximize their earnings. Gaming guilds can offer gamers the social and educational capital required to navigate often labyrinthine onboarding processes. These guilds act as a smooth gateway to fully or partially gated P2E games while facilitating the transition from Web2 to Web3.

One of the most popular guilds in this space is GuildFi, a community with a vision to empower gamers across Web3 by making tools and in-game resources more accessible. It is currently active across three games; CyBall, Axie Infinity, and The Sandbox. GuildFi offers a universal gamer profile, interoperable across metaverses and games in Web3 that stores achievements, NFTs, and experiences across all games.

Why we are talking about this?

Because someday not too far in the future, Web3 will supplant the status quo. We need someone to familiarize people with Web3 so that the transition can be facile, and that’s exactly why guilds are important. Guilds promote the growth, development, and proliferation of Web3 as a concept. Guilds act as enablers for people who want to learn and re-educate themselves to synergize with the new ecosystem.

We have the benefit of hindsight with the past two iterations of the web, but the current one’s future is yet to be decided. Guilds are an integral piece in this potential future. DAOs and guilds are the gateways for people looking to get into Web3, they accelerate the growth of Web3 as an ecosystem by making this transition smoother and more convenient for people.

If you resonate with anything we talked about in this extract and wish to carry the conversation, we would love to hear from you at hello@daolens.com. Furthermore, if you are part of a DAO community, or if you’re a founder looking to empower your DAO with a specialized onboarding experience, you reach out to us at vikram@daolens.com.